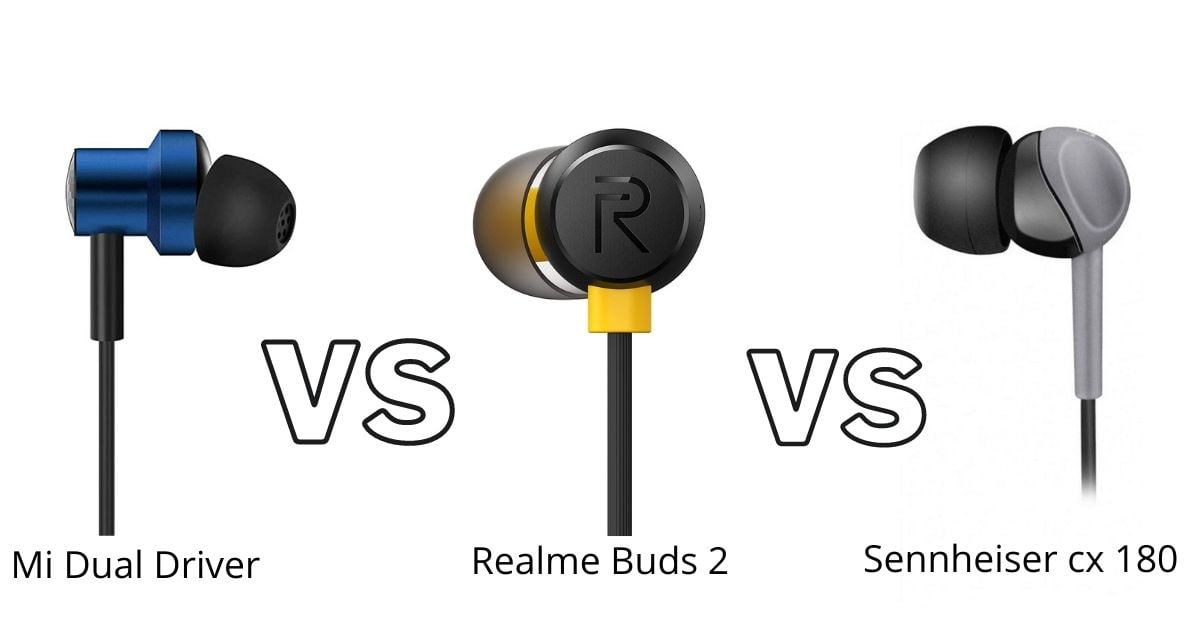 This is going to be a comparison between Mi Dual Driver Vs  Realme Buds 2 Vs Sennheiser cx 180. In this post, I’ll try and cover pretty much all the important stuff from the sound quality the mic quality and the build and all the stuff.

Earbuds:
let’s begin looking at the earbuds definitely the Mi Dual Driver seems a little bit more premium with the aluminum alloy versus the plastic material. On the other two models, both the Mi Dual and the realme buds have these magnetic earbuds that are missing on the Sennheiser.

Buttons:
Now looking at the buttons I find the realme wants to be the best followed by the Xiaomi. The signature doesn’t even have any basic controls or any sort of buttons not only that. Sennheiser doesn’t have a mic as well whereas the mi drivers and the realme members do have the mic.

Durability:
The real way but Stu doesn’t have this L-shaped Jack which is found on the other two models. I personally prefer the L-shaped Jack. So it is up to you what the Xiaomi and the realme have this braided cable. They are kind of tangle-free to some extent whereas the Sennheiser looks to be the cheapest and it gets tangled like crazy I’ve heard people use this for years together. I personally have been using this for over a year and I don’t have any issues so don’t just go by the looks I would say in terms of durability it is pretty good. 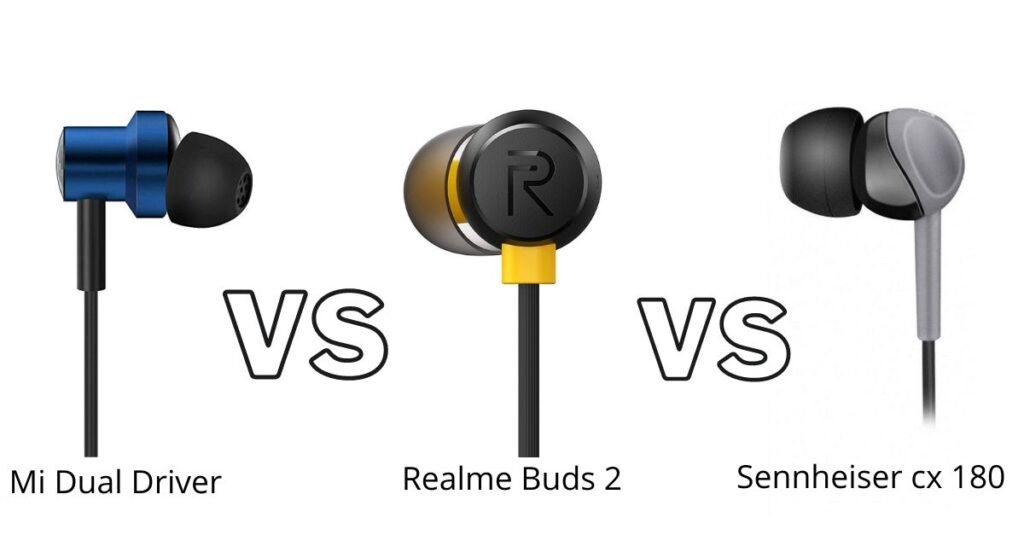 Sound & bass quality:
We talk about the vocals again this sounds a lot different I find the book us a bit natural and true to life on the Sennheiser but on the Mi dual it just feels a little bit processed but I personally like the way the Sennheiser sounds in terms of vocals. I didn’t find much difference in terms of mids but again the treble feels a little bit more crisper on the Sennheiser. When you hear that cymbal crashes you will notice this and in fact at max volume. It can get a bit rude with a bit of a shrill or shortness.

Mi earphones sound a little bit thicker or let’s say fatter and I personally prefer the latter the good thing is about both of these the vocals and mid-range is very similar and fairly detailed and there isn’t much difference in terms of the treble. So between these two I don’t really miss one over the other or prefer one over the other honestly. I expected a bit more from the mi dual drivers but I really didn’t find much of a difference like I said guys having said that all of this sounds very good for the price.