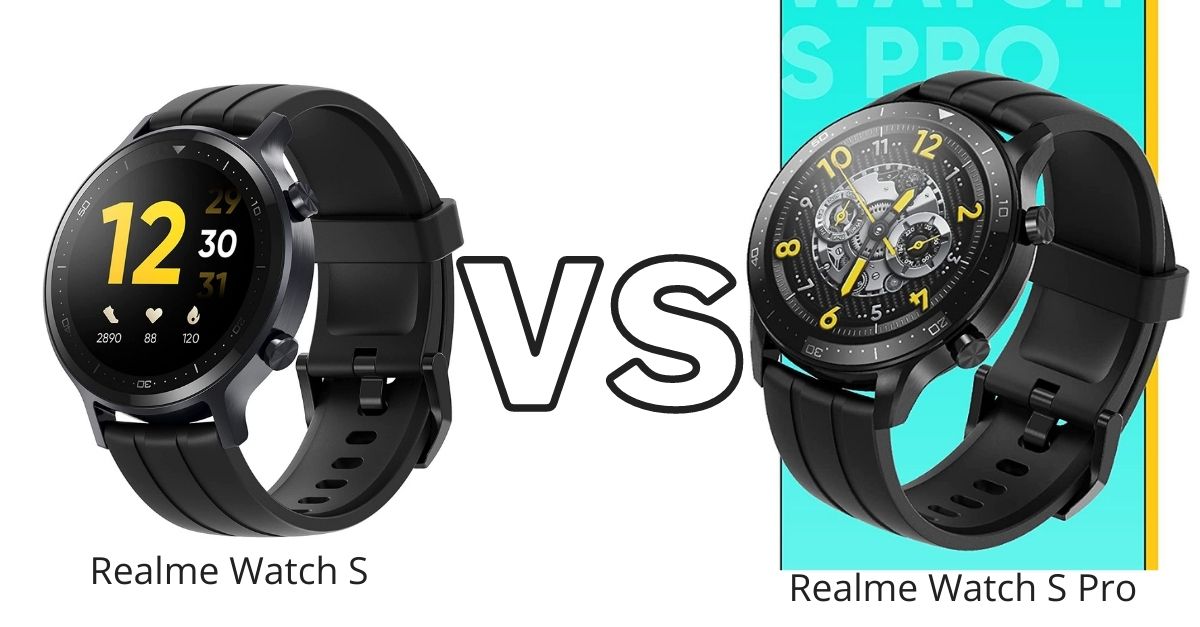 So a difference of around 16 grams is what you see between the two watches on the back you have these sensors and obviously, the sensors are better on the watches pro.

But actually, if you take a look at it uh with the brightness side the watch S is much brighter and it’s an IPS LCD display. So LCD displays I mean they have their own disadvantages and advantages
but AMOLED is always perfect and better with the colors.

so if we change the colors here you’ll see how beautiful this looks the watch S pro while the s doesn’t look that bad but still comparatively it’s not as good.

So with the tracking obviously there would be that difference and also there is swimming tracking on the watch S pro which is not present on the watch S. So if you take a look at also the different workouts that are given here there are some similar workouts.

Application:
The application you can see both of these watches being well connected that’s one of the good advantages of realme Link App, unlike Fitbit where you have only a single device being tracked and being connected you cannot have multiple devices connected in the same account you can do that here. So if you go to the watch s pro and you check out the data it’s actually.

I’ll again give you a quick comparison of the two this swimming tracking and actually, it’s not just the swimming tracking that should make you i mean go with it the major reason is that the 6 axis accelerometer would do a better tracking obviously 3 a gyroscope as well GPS tracking.

This 5 atm water resistance on the realme watch S pro from this AMOLED display the only advantage that the realme watch S has is the uh 600 nits of brightness.s So that’s the only advantage this also has a sharper display 454 to 454 pixels compared to 360 into 360 and also the size. It’s the same uh dial area or the same size of the watch but the display is smaller on the watches so these are the major differences.

I would say if you are actually going with the realme watch S pro it’s not a bad choice at all and it is a full-fledged smartwatch with some good activity training options but if you have a stricter budget the real watchers is still not a bad choice.

But I would say if you are somewhere in between that budget you should try to increase that budget and go with the realme watch S pro.